“[Ivana:] The artists were not focused on themselves. They were really emanating a positive energy. They were smiling as they floated through their movements… It is very energizing, very uplifting… I liked the element of magic too. It was funny but profound. We all have our stories and I didn’t realize—I thought I knew about the Chinese culture—but I realize there is more, much more. Isn’t it exciting! [Jeremis:] There’s an aspect of the exotic, and there’s an aspect of the vibrancy, and the combination of the two, and even colors and combinations you wouldn’t normally be drawn to… That’s something I would probably be drawn to in the future, in order to use it, because I think we should draw away from the blacks and whites and grays. There is a natural beauty in that. My goodness, it’s alive. It’s alive… I found myself smiling as I was watching the numbers.” 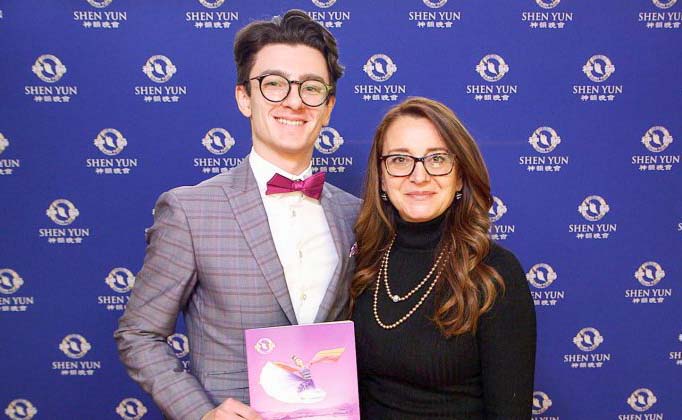